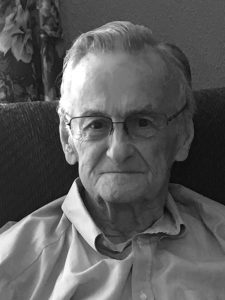 With his daughter at his side, the passing of Daniel Simpson, husband of the late Valores (Matthews) Simpson, occurred on Sunday, July 23, 2017 at the Charlotte County Hospital. He was born on April 30, 1935 in L’Etetè, NB to the late Percy and Grace (Teare) Simpson.
Danny worked as a diesel mechanic and became a manager with CP Transport for many years. He loved his career and spent extra time honing his craft. Danny was a devoted family man and was a member of the St. George Church of Christ. His hobbies included long drives with his dog and love for Tim Hortons. He also had an affinity for trucks and tractors.
Danny is survived by his loving daughter, Debbie Simpson-Walker (Neil) of Halifax; granddaughters, Morgan Stuart (Bryce) of St. Andrews and Brittni Glenwright of Toronto; step-granddaughter, Britni Walker of Halifax; great-grandchildren, Finnegan and Hadley, and sisters, Doris Melnyk and Jean Henry (Stuart).
He was predeceased by his wife, parents, and daughter, Kelly Lynn Cooke.
Arrangements in the care of the St. George Funeral Home (755-3533), 26 Portage Street, St. George NB. The Funeral Service will be held from the St. George Funeral Home Chapel on Friday, July 29, 2017 at 2 p.m., with Rev. David Haddon officiating. The interment will take place in the St. George Rural Cemetery.
For those who wish, donations to the Heart and Stoke Foundation or the charity of the donor’s choice would be appreciated by the family. Online donations and condolences may be placed at www.stgeorgefh.ca